In the second weekend of April, 2022, I embarked on a social media experiment: I would block my most used social media and news sites. While continuing to visit them. eeeh?!

this text was started 2022-05-12 at the lodis hackerspace during a communal writing evening, where people gathered to work on writing projects 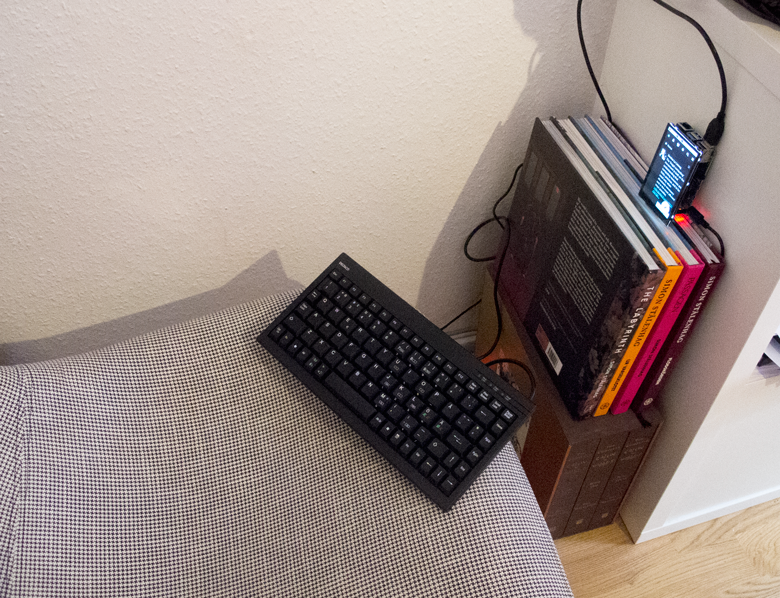 an early version of the setup; later iterations moved the screen to a more ergonomic viewing angle, with the help of an ikea BERGENES phone holder

The experiment’s underlying motivation might not be as apparent as one can think. The primary cause was not, contrary to popular sentiment, to mitigate doomscrolling.

My relationship with doomscrolling-prevalent platforms had already changed. Twitter’s timeline, showing posts and retweets from follows—and ads—had been replaced by the old school approach of visiting individual profiles when I was curious to see what someone had been thinking about recently. When it came to news sites I was weaned off them already—ignoring spikes of bordering-on-compulsive use during crises like the beginning of the pandemic. And if aliens land, the event will reach my ears from talking with friends, entirely regardless of my own news intake.

Note: This text is not a recommendation; it’s a subjective experience report, a mini-travelogue into the as-yet-untrodden and the potentially-to-come

My main motivation was mitigating my cyclical attention span.

I found myself consistently, habitually, and sometimes unconsciously visiting the same websites. Often in short enough timeframes that having missed anything meaningful was implausible. My attention was looping across the same websites, from the first unto the last then restarting. The pattern was aware to me, but it had become engrained as a habit and it was hard to stop doing for longer stretches. A bad habit I wanted to break and for which I wanted to reclaim the time and energy being spent on it. 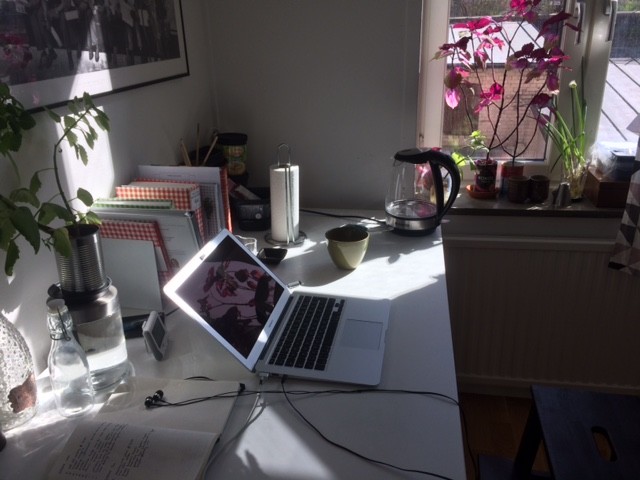 When thinking about breaking the habit, my mind drifted to people creating ideal places of productivity and focus.

A solitary typewriter in an otherwise non-stimulatory environment. Air-gapped computer workstations. Reading corners. I’ve fashioned places like this for myself as well, sitting at my kitchen table and working in the morning sun with a cup of tea and music from my iPod. But instead of creating one particular oasis of focus, my curiosity was drawn to the inverse: chaining the chaos to a single spot and slowly freeing everywhere else. Chaos, here, being the looping behaviour across social media.

As with freeing oneself from any unsatisfactory habit, quitting cold turkey is not always advisable for sticky success. I also wasn’t looking to abandon my online friendships by setting off to a mountainous cavern, never to return; there’s no nobility in self-isolation. Novelty, fun and online goofiness can be enriching experiences. Rather, like Odell coins in How To Do Nothing, I was more interested in the idea of resisting in place. I wanted to keep using social media, but intentionally instead of unconsciously. By choice instead of by habit.

The eponymous social media computer is composed of, or made possible by, the following:

With the above setup in place, using social media has now become an intentional ritual.

I decide to use social media.

I leave my desktop and turn on the social media computer by flicking the power switch with my foot. I go get the BERGENES—a small wooden phone and tablet holder—which usually holds an old iPad.

The combined RPi+screen is placed in the holder.

I sit down in front of my social media computer, in the special corner dedicated to it. (In actuality, this is just the same old corner the spinny chair was already in before the experiment.)

Using Raspberry Pi OS’s Run> menu option, I adjust the screen brightness with a script. With a second invocation I open the browser.

The browser opens two preset pages: one is my community’s mastodon instance, the other a curated link list containing other social media destinations I might want to visit. I press F11 for fullscreen.

And I start to browse.

A short script that’s really just a 2-letter aliasing of the shutdown command.

I found the default brightness of my Pimoroni screen was too harsh, and with some searching around I managed to cobble together a solution to bring its glare down to a more manageable level.

This script is used together with a samba share to save links found during social media visits to a file shared with another computer. Used together, I have a relatively frictionless way to save links, sharing them with a computer where they can be picked up and on a better screen and in a more comfortable manner.

This is currently running on the Raspberry Pi. An improvement, for me, would be to do the inverse: run the share from one of my other computers and access it from the Pi. That way the document with links will still be accessible when the Pi is powered down, as it often is.

As the experiment continued, I noticed I was wanting to share snippets, links and photos while on my desktop but was hindered in doing so. The higher threshold I had put in place was limiting my self-expression in a way that was feeling negative. So I built a small post-only client to solve that problem: cblgh/tooty

tooty reads a plaintext file with a special line-based format and uses its contents to post to my profile. The schema looks something like what is outline below, where the stuff within [brackets] are optional headers used for uploading media or creating threads: